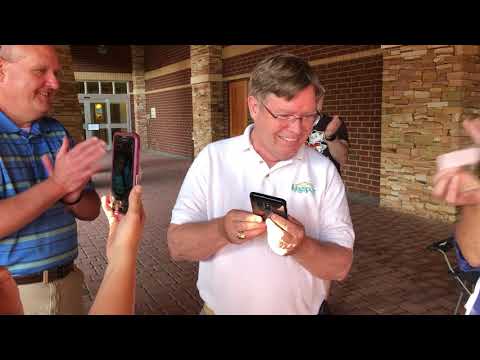 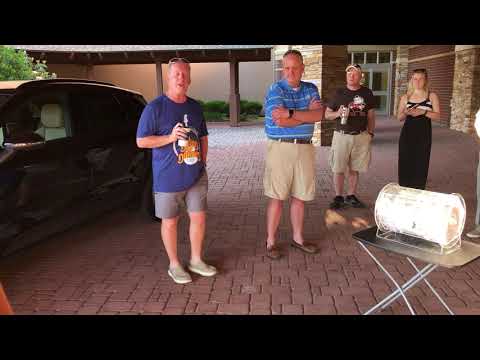 Boys and Girls Club of Kingsport

KINGSPORT  — John Bachman of Salem, S.C., turned a $100 raffle ticket into a new Porsche Macan with a list price of $56,000 on Saturday evening.

And the Model City’s mayor, Pat Shull, called Bachman with the news he had won the Boys and Girls Club of Greater Kingsport raffle, meaning Bachman would need to set up delivery or pickup of the vehicle from Rick Hill Porsche in Kingsport.

Bachman won the 14th annual club raffle, but the big winners are the children and families served by the nonprofit organization, Don Campbell, chairman of the agency’s board of directors, said to about 20 people gathered for the drawing. He also thanked those who supported the club by buying tickets in a year marked by the novel coronavirus pandemic.

The club sold 1,092 tickets, with a few purchased at almost the last minute before Shull drew the winner out of a rotating, clear plastic container similar to ones used for bingo. The raffle required a minimum of 800 tickets to be sold and was limited to a maximum of 1,300.

Because of the pandemic, the state allowed ticket sales to continue almost an extra month from the original date to coincide with the annual gala originally set for May 9. The raffle was moved to June 6, the gala to Sept. 12.

Rodefer Moss, a public accounting firm, was in charge of the drawing, with accountant Whitney Wright standing by with Lisa Beilharz, president and CEO of the club, Campbell, raffle event Chairman Ted Fields, and club Chief Financial Officer Anne Beckelman, who has been involved with all 14 raffles of Porsches, which the club buys from the Rick Hill dealership.

In the crowd were Darrell and Susan Duncan, who arrived in a red Porsche Boxster they won in the 2019 raffle. Campbell said the club decided to go with a Macan sports utility vehicle instead of the usual Boxster sports car because Porsche initially said it would not make a Boxster for 2020, and by the time the automaker changed its mind, it was too late to make the switch.

Club officials said past winners have come from Kingsport, Johnson City, Virginia and as far away as California. Some folks buy just one ticket, but club members said some bought multiple tickets, sometimes more than five each.